IP infringement in general and software piracy in particular is a difficult problem in Kuwait. Until recently, lack of concern and cooperation from the Kuwait Ministry of Commerce combined with weak results in the courts and non-deterrent penalties has done little to drive illegitimate businesses out of Kuwait, resulting in significant market losses to legitimate businesses who pay fairly for their IP use.

It appears that the situation may be changing, however. Last spring the Ministry of Commerce and Industry’s Assistant Undersecretary for External Trade Abdullah Al-Owaisi announced in an interview with Kuwait News Agency (KUNA) that Kuwait is working towards signing industry-standard international intellectual property rights agreements.

Al-Owaisi stated in this interview that the issue is a top priority for the Ministry and that it will exert more effort to enhance the enforcement of relevant laws in an effort to abide by all international intellectual property protections laws and regulations.

The Paris Convention, signed in 1883, was one of the first IP treaties and is still in force. The Berne Convention, first accepted in 1886, requires signatory countries to recognize the copyright of works of authors from other countries in the same way it recognizes those of its own natives. In addition it requires strong minimum standards for copyright law.

Until now, the Kuwaiti government has not instituted clear and strong legal laws and enforcement to deal with piracy. This lack of comment has actually encouraged IP infringers because they have little concern about punishment should they be prosecuted.

The need for the Kuwaiti government to impose a much higher, more deterrent, mandatory range of sentences and penalties has become critical for legitimate enterprises doing business in and with Kuwait. As an advocate and champion for the fair and legal use of software throughout the world, ITCA principals join me, the managing director for Africa and the Middle East, in encouraging the Ministry to look upon the signing of international IP rights agreements as the beginning of a strong commitment to join the international community in ensuring a fair playing field through legal use of IP for all businesses in Kuwait. 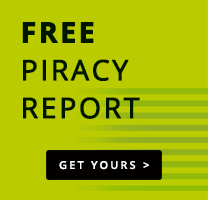